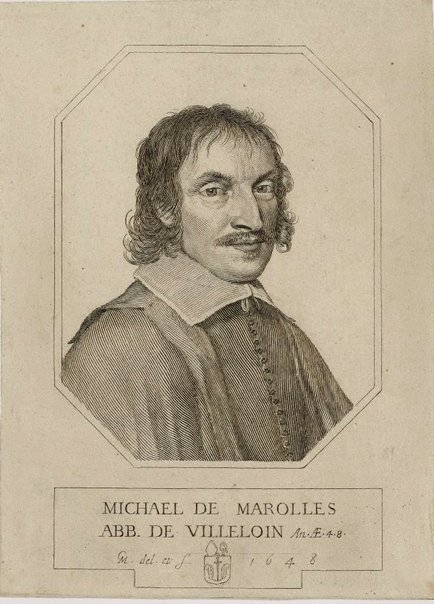 Michel de Marolles, abbé of Villeloin (1600-1681) was the first major print collector in Europe. He formed a collection of over 120,000 prints by artists as varied as Mantegna, Dürer and Lucas van Leyden, as well as by his French contemporaries such as Bosse, Callot and Mellan. His collection, contained in 500 leather-bound albums, was purchased by Louis XIV in 1667. It became the nucleus of the present-day collection of the print room of the Bibliothèque Nationale de France.

Browse other works by Claude Mellan

Claude MellanAnne of Austria placing the Regency of France ...242.1988