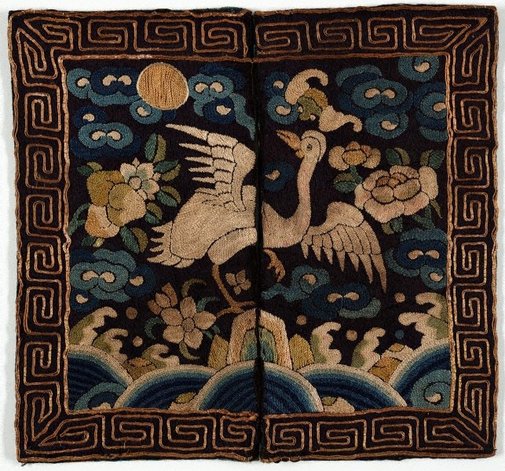 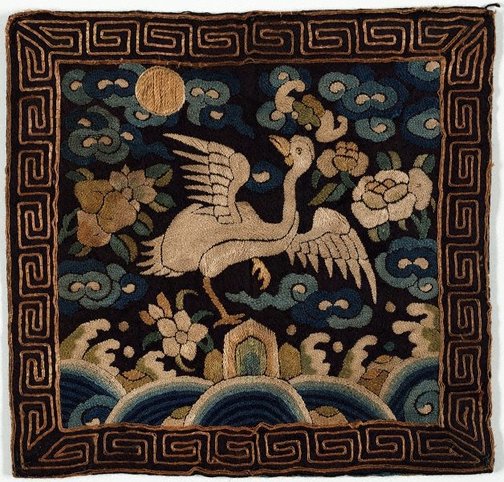 Civil rankings were based on the passing of demanding official examinations. Civil badges consisted of nine ranks each represented by a different bird, with only a couple of changes of bird types over the two dynasties. Military examinations were based on physical feats rather than literary and the rank badges are rarer. For example, towards the overturn of the Qing, military rank badges in particular were burnt to conceal identification. Military badges consisted of animals representing rank. During the Qing rank badges were generally worn by an official, his wife or wives and unmarried sons and daughters (Garrett 37).

Children could wear the costume of the father but not the rank badge as a rule. However this was often ignored as can be seen in the fact that these 2 rank badges have the insignia of a goose for the children of 4th rank civil servants.