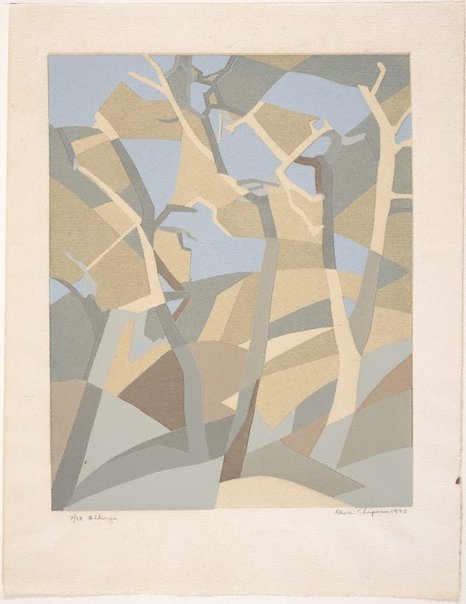 'Aldinga' dates from an important phase of experimentation with abstraction though screenprinting, which Chapman took up following retirement from teaching in 1969. Its distinctive palette evokes the opalescent clarity of light at this small settlement near the coast, south of Adelaide - where the two artists had a holiday weekender during their later years.