The sacrifice of Iphigenia 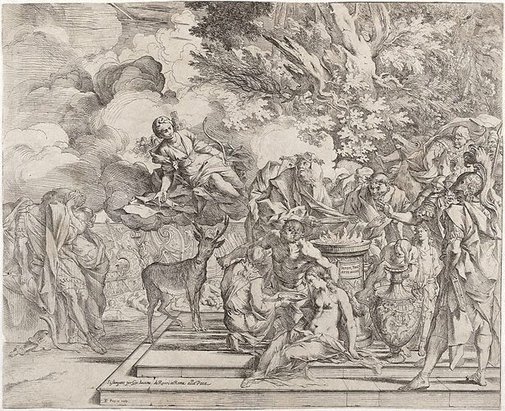 To allow the Greek ships to continue the crossing to Troy, Agamemnon ordered the sacrifice to the goddess Diana of his daughter Iphigenia. Moved to pity, the goddess cast a cloud over the assembled company, substituting a deer and transporting Iphigenia to the land of the Taurians, far away from Greece, where she became a priestess.

Pietro Testa
The sacrifice of Iphigenia

Browse other works by Pietro Testa