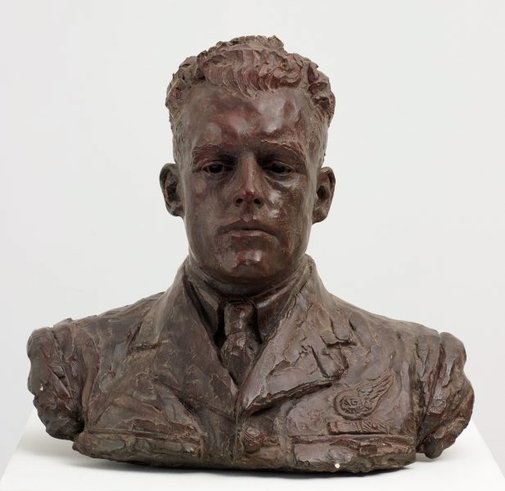 In 1935, after winning the NSW Travelling Scholarship, Barbara Tribe departed Australia for England, where she was based for the rest of her life. During the Second World War Australia House in London, commissioned seven busts of distinguished Australian airmen by Tribe, including rear gunner Norman Francis Williams (1914-2007). Williams had downed an enemy plane - whilst seriously wounded -over Germany during a fire fight in 1943. He was awarded the Conspicuous Gallantry medal by King George. Finished bronze versions of this bust were cast in 1948 and 1968 by John Galizia and Sons Foundry, London, and are located in the collections of the RAF Museum, London, and Australian War Memorial, respectively.

The bust is an excellent example in demonstrating Tribe's ability to capture expressive human qualities within the tradition of sculptural portraiture.

Browse other works by Barbara Tribe 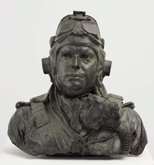 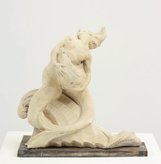