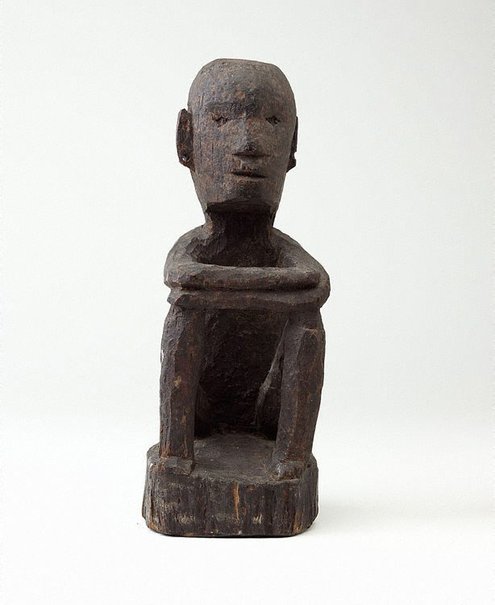 Bulul are the most numerous and best known of Ifugao figurative sculptures and usually take the form of either a standing or seated figure. They are carved from a single piece of wood and generally exhibit a stylised and geometric rendering of the human body. The standing figures either feature their hands hanging beside the body or resting on their knees, while the arms of the seated figures are typically folded. They are often made in male and female pairs, but this figure appears to be androgynous.

Bulul are very important in Ifugao society, where rice is the staple crop, and they are frequently placed in rice fields and granaries as guardians. Before taking up their function as guardians, the sculptures are ritually consecrated by coating the figure with pig or chicken blood, which can leave them with a darkened and mottled patina.

Browse other works by Ifugao