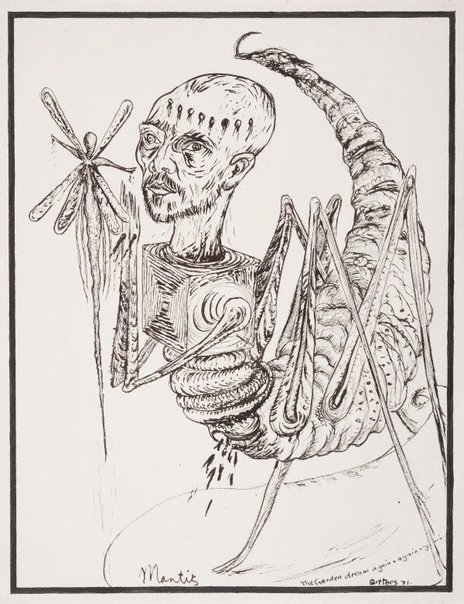 Returning to Sydney in 1969 from New York, Gittoes became a key resident and creative member of the Yellow House in Potts Point, where he lived from 1969 until it was disbanded in late 1971.

Several of the artists at the Yellow House shared a fascination for Vincent van Gogh (see for example Brett Whiteley and Martin Sharp's 'Vincent'- related works, and the yellow colour of the house itself, inspired by van Gogh's work). Potts Point was the locus of much social upheaval related to the Vietnam war; American and Australian servicemen from the various theatres of war took 'R&R' [rest and recreation] there; this had a particular, localised social impact, including the introduction of harder illegal drugs and violence. Simultaneously, the daily media reports of deaths in Vietnam, protests against conscription and the ballot that sent young men to fight in an unpopular war, and the general international unrest of the time (such as that relating to the Nixon administration), was constantly in the background.

'Mantis' presents a strange half-insect, half-van Gogh creature, a recurring motif in Gittoes' work at the time, such as in his 'Hotel Kennedy' suite of etchings (1971), in the AGNSW collection.

Browse other works by George Gittoes 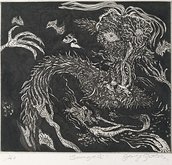 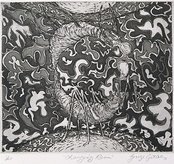 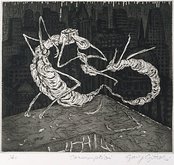 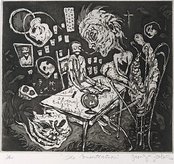 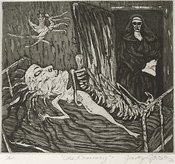 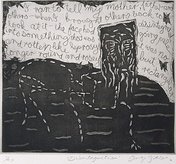