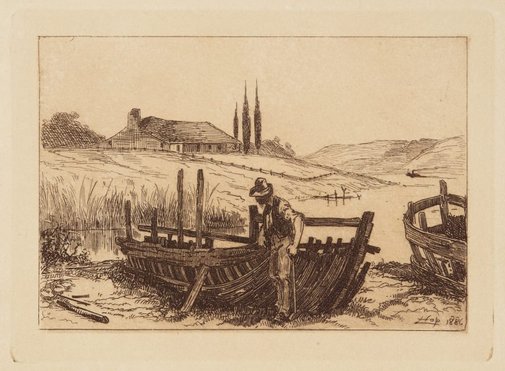 Livingston Hopkins was one of the first successful painter-etchers in Sydney, from the time of his arrival here in 1883. His success as an illustrator and cartoonist for the 'Bulletin' was matched by his facility as an etcher, and he taught many local artists, including Julian Ashton, Arthur Streeton and Tom Roberts, how to etch. He was particularly interested in scenes of 'old' Sydney, such as the streets around the Rocks, which encouraged younger artists such as Lionel Lindsay and Sydney Ure Smith to explore the subject as well. His oeuvre was small, and his etchings very rarely appear on the market.