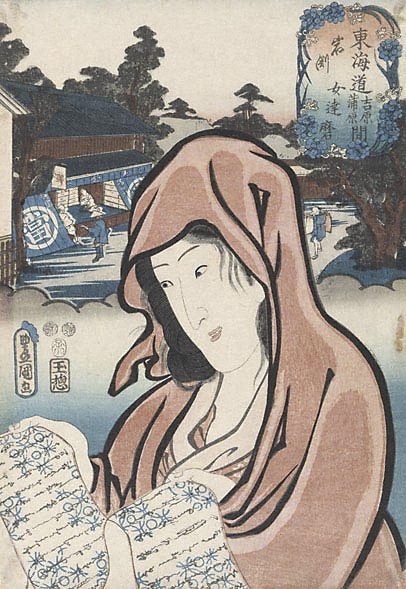 Kunisada (Toyokuni III) was a prolific artist of the late 'ukiyo-e' school. Bodhidharma, or Daruma in Japanese, was the legendary founder of Zen Buddhism, easily recognised by the characteristic red robe that covered his body and head. In the deliciously irreverent and witty style of 'ukiyo' culture, images of courtesans dressed as Daruma appeared, drawing parallels between the austerities Bodhidharma endured during the nine years he meditated in front of a wall to obtain Enlightenment, and the trials of a courtesan who was contracted to a brothel for ten years.

Yoshiwara and Kambara: a female Daruma