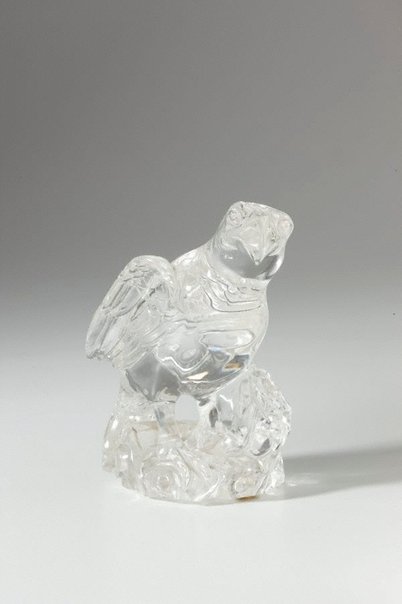 The appearance of the eagle as a motif in Chinese art goes back to prehistoric times. Throughout history it has been a symbol of nobility and victory. These valiant birds of prey were regarded as the ultimate symbol of the nomadic spirit. The Chinese word for ‘eagle’ (ying) is a homonym for ‘hero’.
Emperor Qianlong (1736-95) of the Qing dynasty particularly liked eagles to be represented in artworks to espouse heroism. When Manchu and Mongolian noblemen brought him eagles from their homelands to add to the imperial menagerie, he would compose poems himself – such as ‘Ode to the white eagle’ – commission painters to paint them, and even had carvers produce decorative objects representing eagles, to please his eyes.