Study for 'The authority of the shell' 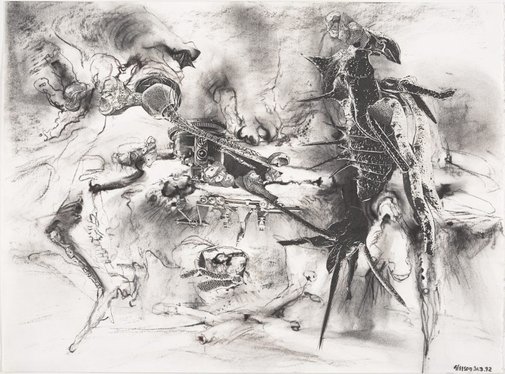 Painted following the Gulf War of 1990, Gleeson explained the title as: 'a play on words ... I think [it] was also the time of the war, and the shell was an explosive device, it was also a protection for sea creatures and it was the authority that gave off ...', James Gleeson 27 August 2002.

James Gleeson
Study for 'The authority of the shell'