Study for 'At the start of the long river' 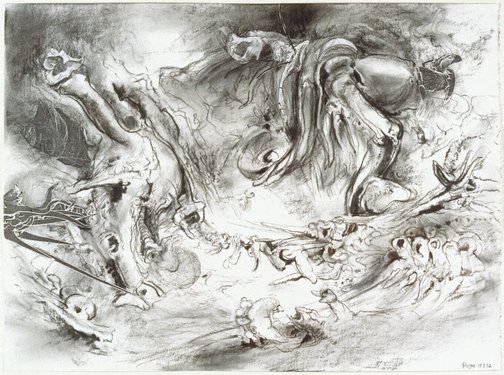 Gleeson occasionally includes recognisable forms, such as limbs or tentacles, in his compositions.

'I think it emerges now and then when I need a sharp definite form but now I think I've become more interested in surrounding the form with a kind of atmosphere, so that you half see them through a mist of light ... it evokes form rather than making very precise statements, except there is precision here and there, but a lot of it is left to the imagination', James Gleeson 27 August 2002.

James Gleeson
Study for 'At the start of the long river'