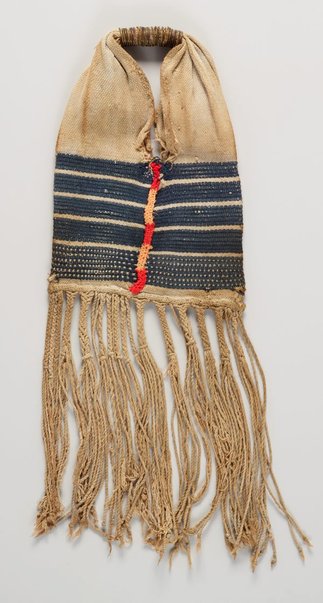 Unlike the square-format bags with strap used by Ifugao men, this smaller pouch with handle is largely undecorated, indicating its age and significance as a ritual object.

Browse other works by Ifugao