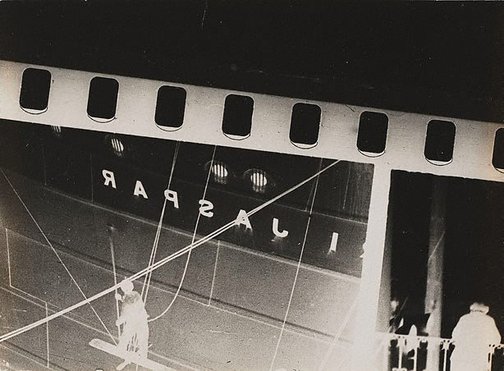 ‘Photography is put to its best purpose, however, when it does not show things as they have been perceived for generations, but instead presents new approaches that are bolder and not yet exhausted.’ Franz Roh 1930 1

Roh is not just one of the pioneers of modern photography; he also made a significant contribution to bringing photography into the realm of art history. He trained as an art historian and for a while was an assistant to the great art historian Heinrich Wölfflin. In his writings and his practice as a photographer he set out to make photography an art form distinct from painting which he saw as having tainted the modern potential of the medium in the 19th and early 20th centuries. He argued that capturing nature with an innocent eye through the camera was no more interesting than any other medium that failed to use intelligence and innovation to transform the image and shock the viewer into fresh ways of looking – ‘the old seen anew’.2

Roh identified a number of ways that a photographic image could be produced and advocated experimentation within and between these possibilities. He included photography that records the play of light to bring out tonal and atmospheric variation in the observation of a changing natural world. He also wrote about the striking applications of photograms that could produce a range of transparencies and tonal variation. He included the combination of text and photography, double exposure, negative prints and inversions from the negative.

In ‘Untitled (shipload)’ Roh has printed from a strip of film placed on an angle through the enlarger; the image is inverted and printed as a negative. He not only exploits a number of his theoretical and technical innovations – such as the dynamic and unexpected angle of the shot – but also reveals the mechanism of the film process. Technology specificity in art is one of the defining attributes of modernism, making this exemplary for the medium of photography.

Browse other works by Franz Roh