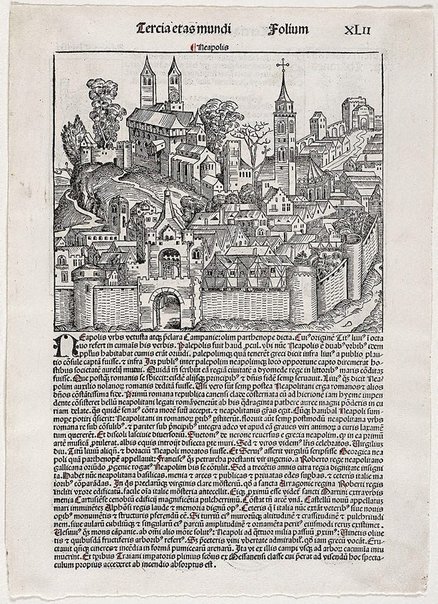 From the 'Nuremberg Chronicle', published by Anton Koberger, Nuremberg 1493

Views of cities featured prominently throughout the pages of the 'Nuremberg Chronicle'. However, the publisher economised on many of them, and some of the woodcuts are printed from the same blocks for different subjects. This supposed view of Naples is from just such a block; it was also used to represent Damascus, Perugia and Siena. In fact, it appears to be a generalised view of a rather German-looking town.

Browse other works by Michael Wolgemut 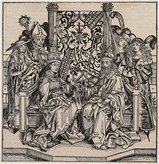 Browse other works by Wilhelm Pleydenwurff