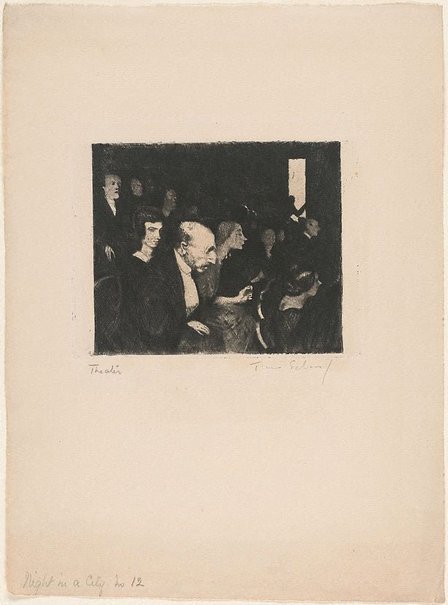 Theo Scharf was born in Melbourne to German parents. He held an exhibition at the Besant Lodge-room in Melbourne, in 1914, while still in his teens and contributed drawings to the Bulletin and other publications. He was the subject of Violet Teague's painting 'Boy with a palette (portrait of Theo Scharf)' 1911, in the National Gallery of Australia, Canberra; it is thought she may have taught him printmaking while still in Melbourne. At the outbreak of the First World War he was taken to Germany by his mother, eventually settling in Munich; he returned to Australia once, to teach tertiary classes in Melbourne and art at Box Hill between 1950 and 1956. Scharf became a well-known illustrator and cartoonist, as well as an etcher and painter in Germany, and was a war artist during the Second World War. As a young man, his work attracted the attention of a number of prominent Australian artists including Frederick McCubbin and Blamire Young; Dame Nellie Melba brought a number of his etchings to Australia in the 1920s, two of which 'Restaurant II' and 'Night in a city theatre' were illustrated in the December 1924 issue of 'Art in Australia'.

'Night in a city' comprises twenty prints, released in a portfolio. Some are inscribed in English and others in German. The National Gallery of Victoria has two sets, one a gift of Sir Frederick Mann in 1943, and another set in a grey-green coloured cloth folio.

Browse other works by Theo Scharf 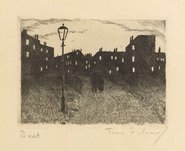 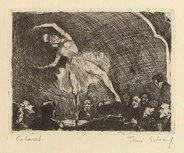 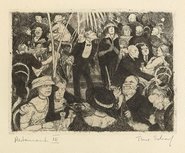