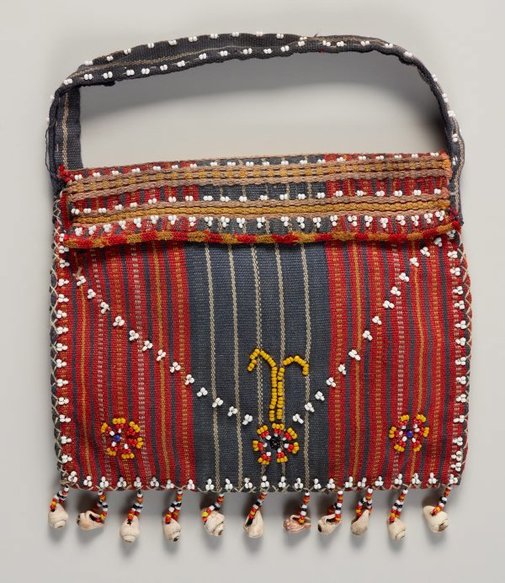 This style of square bag with strap would have been worn over the shoulder or secured to a belt worn around the waist. The aesthetic of Ga’dang clothing and cloth accessories is very similar to that of their neighbours the Kalinga and displays the same tendency to decorate with beads, buttons, coins and shells. The white beadwork on this bag provides a striking contrast against the red and indigo-coloured stripes, while the shells were an imported novelty for mountainous communities like the Ga’dang and Kalinga. In addition, beaded tassels move and reflect light, adding a dynamic element to the overall design of the bag.