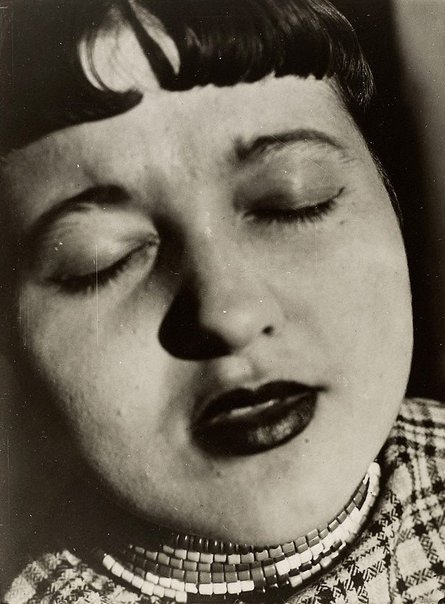 ‘As you know, all I am interested in is portraiture and the human form.’ Grit Kallin-Fischer 1910 1

Grit Kallin-Fischer demonstrated an early ability in visual art, so much so that her mother moved to Marburg in Germany so that she could study under Karl Doerbecker in 1911 when she was only 14. In 1915 she went to study with Lovis Corinth at the Leipzig Kunstakademie where she stayed until 1917. It is clear from her early drawings that she had a highly developed tonal sensibility. These drawings show great observational skill with every nuance of the subject rendered with a sophisticated application of line and tone. Her love of life-drawing and observation of the human body was to stay with her throughout her life and survive a number of important influences.

The portraits of Zep Leirer (AGNSW collection) and Hilde Rantzch are classic examples of the genre and were taken while Kallin-Fischer studied at the Bauhaus in Dessau. The face of Hilde Rantzch fills the frame. Her eyes are closed and her face is illuminated by a strong light. Kallin-Fischer took the portrait from a high angle, accentuating the fullness of the face. Zep Leirer, photographed from a low angle, fills only half of the frame. A strong diagonal line behind his head divides the photograph into contrasting light and shade areas. He is looking down, straight into the lens, in a relaxed manner. Both photographs take characteristically dramatic viewing positions and concentrate on the tonal play that brings out the external form while conveying something of the internal life of the subject. The compositions were innovative and are indicative of much Bauhaus-inspired photographic portraiture.

Browse other works by Grit Kallin-Fischer