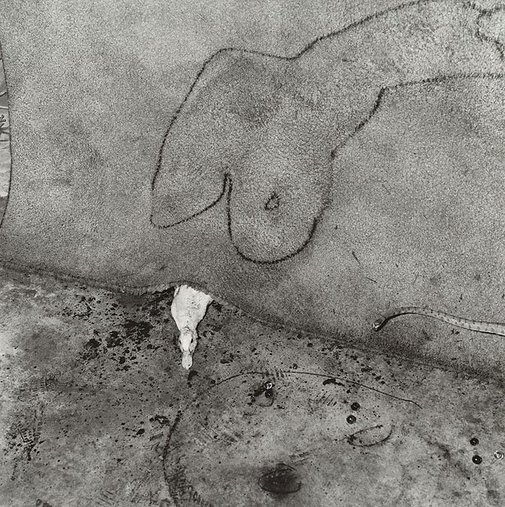 Born in New York City in 1950, photographer Roger Ballen has lived and worked in Johannesburg for almost thirty years. He began using photography as means of self expression, documenting anti-Vietnam war protests in the 1960s. He holds a degree in Psychology, a doctorate in Mineral Economics and is widely travelled. During the 1980s Ballen began photographing the interiors and the inhabitants of the remote South African villages he visited as a mining engineer. He continued to document South Africa’s underbelly throughout the nineties, introducing the use of a square format 6 x 6” camera and began shooting indoors with a flash which resulted in startling psychological portraits of the people he encountered.

Shifts began to appear in Ballen’s work during the 1990s, as he moved from documentary photography into the constructed tableaux that now dominate his current work. In his recent series, ‘Shadow Chamber’, Ballen blends elements of theatre, painting, and sculpture; his images are a smelter of constructed and imagined ‘reality’. Featuring animals, people, scribbled chalk drawings and discarded inanimate objects in dark and ambiguous arrangements, Ballen’s work seems to explore such dichotomies as innocence/guilt, animate/inanimate, animal/human, ‘reality’/fabrication. Themes of discomfit and disturbance dominate and motivate his work. As he explained to Vince Aletti in an interview, ‘Some people spend their whole life trying to avoid being disturbed. I want to get underneath that mask and make a sense of disturbance’ (‘Village Voice’, Feb 1st, NY 2002 p4).

Whilst Ballen’s photographic ambitions have predominantly been publication orientated realised in books such as ‘Dorps: small towns of South Africa’ (1986), ‘Platteland: images of rural South Africa’ (1994), ‘Outland’ (2001), and ‘Shadow Chamber’ (2005) – increasingly his work has been included in international exhibitions. Winner of numerous awards, both for his publications and images, his work is held in such collections as the Museum of Modern Art, New York; Centre Georges Pompidou, Paris; Victoria & Albert Museum, London, and the Stedelijk Museum, Amsterdam.