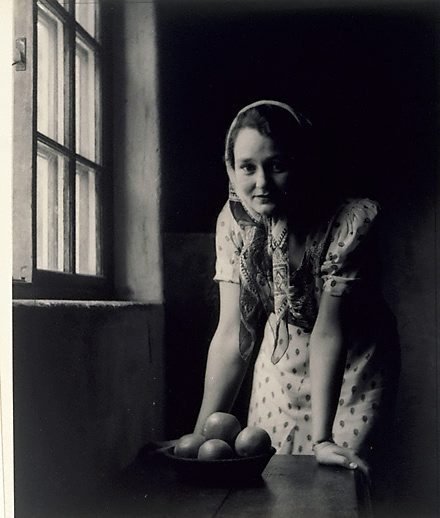 William Buckle was born and educated in Sydney in 1894 and enlisted to serve with the artillery in France during World War 1. It was after the war, while travelling around Europe with his parents, that Buckle became interested in photography. Upon his return to Australia, Buckle set up a car dealership in Melbourne, where he married in 1924 and had two children. The family moved to Sydney in 1927 where Buckle established the Buckle Motors Trading Company in William Street, specialising in the sale of European cars. He also became involved in car racing, breaking the Sydney to Melbourne light car record around 1939.

Buckle set up a darkroom in his Sydney home and produced most of his photographic work in the 1930s and early 1940s, exhibiting regularly with the NSW Photographic Society and the Sydney Camera Circle, of which he was a member. Occasionally his photographs were published in The Home magazine and the annual Australian Photography. Buckle also wrote about photography, publishing the article ‘The Photographer as Artist’ in Art in Australia in 1940. Promoting photography as a valid and expressive form of art, Buckle argued that ‘there is as much artistic vision and as great an adherence to the recognised principles of art, emotional, tonal, and compositional, in the finest photographic creations of today as there is in the best of contemporary painting’. This interest in the relationship between the two mediums was an underlying concern for Buckle, having also studied the principles and history of painting. He collected the work of Hans Heysen and Elioth Gruner, which whom he became friends.
In his photographic work Buckle produced landscapes, nudes, genre scenes and studies of women. His work deviates from the stylistic and aesthetic mannerisms of Pictorialism and that of his contemporaries within the Sydney Camera Circle. He possessed a predilection for sharper focus and photographed his subjects so they were recognizable and unique rather than generic or metaphoric tropes. This is particularly true of his portraits of women in domestic or natural settings. Buckle’s female subjects are portrayed as pure and idealised yet they retain their own distinct characteristics.

Browse other works by William Buckle 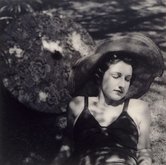 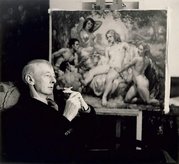