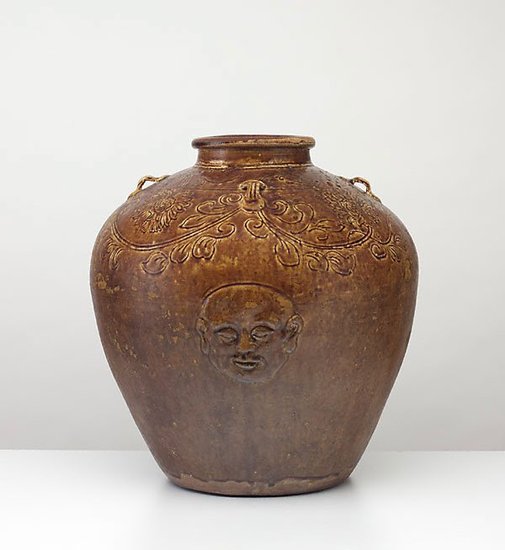 The round face on one side of the jar, and the human hand on the other are unusual design features. Scholar Barbara Harrisson has identified the hand as the armorial insignia of the city of Antwerp, which would have appeared on the city's coins from the 1600s on. The full face may also be a variation on the profiles found on coins. This curious pattern is one of numerous designs on Bornean heirloom jars that recall the close links between South China and West Borneo formed during the 1700s.