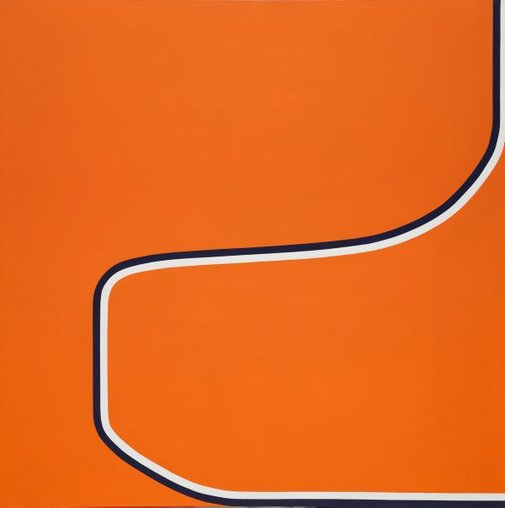 Sofala is a former gold rush town located on the NSW Central Tablelands. An enduring subject in mid 20th century Australian art, its landscape and ambiance had attracted the likes of Russell Drysdale and Donald Friend during the late 1940s, who immortalised the place in their iconic paintings of the area. Inspired by Drysdale and Friend before them Michael Johnson and Brett Whitely made several trips to the region, whilst both employed at Lintas advertising agency, and attending evening classes at Julian Ashton Art School and National Art School, Sydney. Setting up digs in the showground pavilion overlooking Sofala, the two made many studies of the township and its natural surroundings, which would form the basis of future works, such as the Whiteley's 'Sofala' 1958, also in the Art Gallery of New South Wales collection.

Johnson's version 'Sofala' 1965, his second depiction of Sofala, the first now held in the National Gallery of Australia, was completed several years later during a seven year period in which the artist had relocated from Sydney to London (1960-1967). In London Johnson was introduced to the latest developments in post-war American art. The early 1960s work of hard-edge painter Leon Polk Smith in particular had a profound influence on the young artist, which is apparent in the minimally divided composition and concentrated palette of 'Sofala'.

Although 'Sofala' is minimally abstract Johnson has not eliminated all references to nature, which the artist would eschew in his minimal geometric late 1960s/1970s works, and would return to somewhat in his gestural lyricist works from the 1980s onward. The square plane of orange has been dissected top to bottom by long and winding double lines, highly suggestive of the earthy colour and curving forms of the countryside. 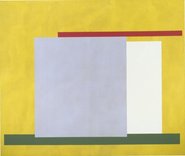 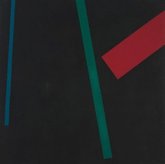