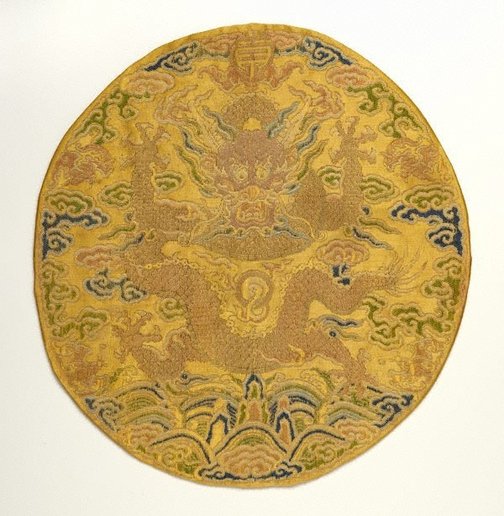 The background colour of imperial yellow and the medallion in the centre top of the first roundel indicate that it would have been used by a member of the imperial clan. The five claw dragon is floating in a cosmic setting surrounded by cloud forms in the auspicious colours. The mountain forms in the bottom waves represent the earth. Five bats represent the five states of happiness: long life, wealth, tranquillity, love, virtue and a peaceful death which crowns a lifetime of accomplishment. The roundel is brocade which would probably have been woven at the Cloud Brocade Institute in Nanjing.