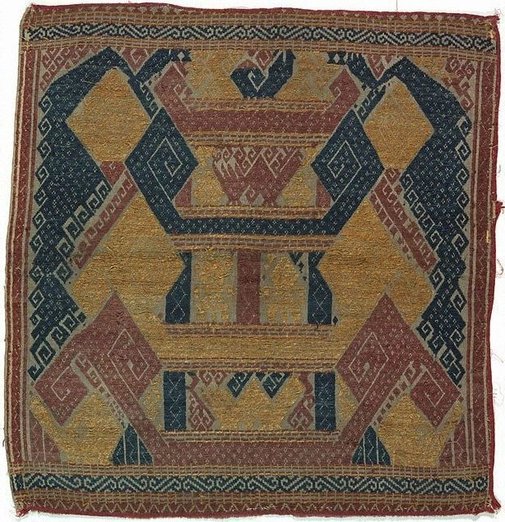 This tampan that probably comes from the Kota Agung/Putidoh region displays a stylised boat from which a building rises. Standing figures in yellow and some stylised mythical creatures in red, blue, and yellow occupy the building. The geometric border and the scroll pattern in blue are characteristic of tampans made in the western area of Lampung. The rigid style of the main motif and the use of the three primary colours are also standard features of tampans from the region.

Tampan with stylised boat and human and animal figures