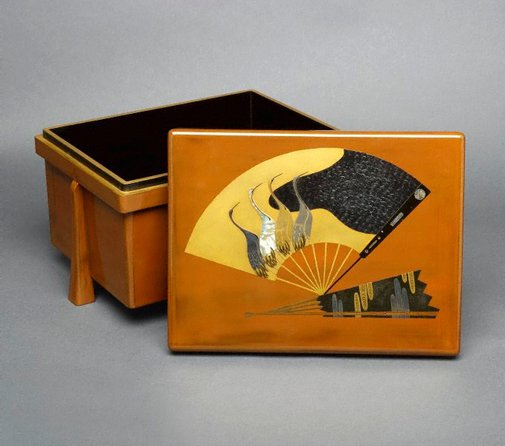 A well executed and decorative lidded lacquer box on four legs, featuring design of cranes on a fan-shaped reserve in 'hira' and 'takamakie', with 'aogai' inlay and gold lacquer 'mon' decoration. A feature of the lacquer decoration is the green incised wave decoration associated with Seigai Manshichi and later Shibata Zeshin.

Boxes of this shape were used for the storage of armour. It is suggested that this smaller version was associated with the Boys’ Festival of May 5 each year.