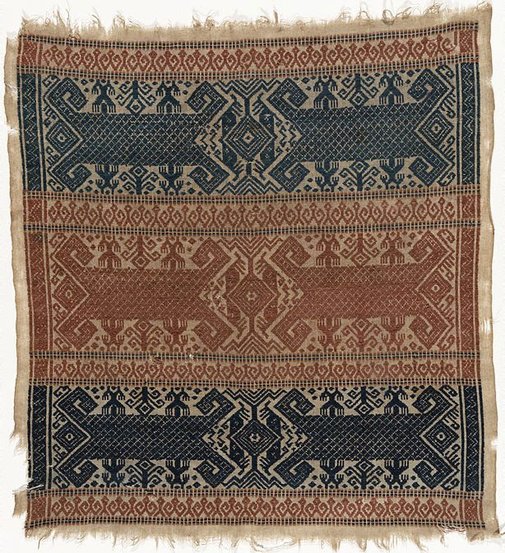 This tampan portrays three alternating terracotta-red and indigo-blue bands. The rectangles with curlique ends represent a double boat design. The smaller motifs placed in the spaces between the boats and the border of each register depict stylised trees and ancestor figures. This piece follows a typical tampan layout with dominant imagery in the centre surrounded by a narrow frame of repetitive motifs. The tri-partite form and the rows of dotted motifs are common in Komering and Jabung, the central highland region of Lampung.