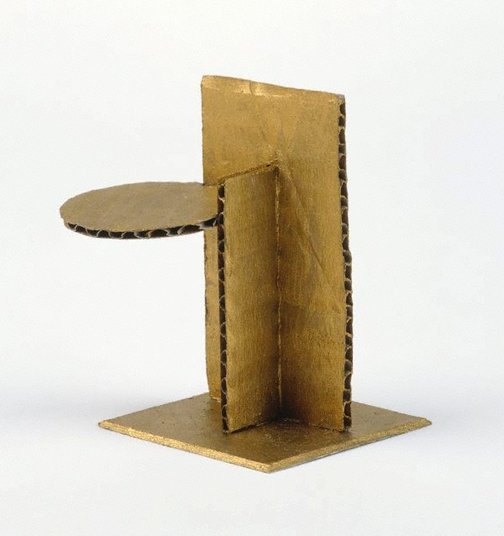 After a short period as an architecture student and several years’ working with the railways, Eugene Carchesio took up art full time. His art embraces music, performance, installation, painting and sculpture, often combining all of these in an exhibition or event.

Carchesio talks about first seeing the work of Joseph Beuys in a 1979 Guggenheim museum retro-spective catalogue.1 He was obviously astonished that art could take these many forms – spades in cases and bits of fat in corners (he believes the ‘Fat chair’ 1964, is one of the greatest sculptures ever made). Just before Carchesio decided to become a full-time artist, he called Beuys and spoke to him about his work. This call has become something of an urban myth in Brisbane but it under-lines the depth of the influence Beuys had on Carchesio’s development as an artist.

It was Beuys who gave Carchesio the idea of using titles as a way of introducing the complexity of text into his works, although Beuys was thinking along the same lines as Duchamp, who spoke of using titles as another colour on the palette. Like his two great precursors, Carchesio often uses titles in an ambiguous relation to the image. You could say they have no connection at all or you could suspect that they are part of the connectedness of everything (why did Duchamp label a snow shovel ‘In advance of a broken arm?’ Well it could just be another surreal juxtaposition of the unlikely but on the other hand it could set off trains of thought about snow skiing and broken arms – it all depends on the imaginative predisposition of the viewer). This is the key to such works; they encourage the viewer to take up the task of making the work where the artist left off. Some of Carchesio’s titles include ‘Berlin baroque’, ‘Silence is golden’, ‘European ghosts’ and ‘Museum of contemporary silence’. All of these could be suggestive of the source of the forms but they are playfully allusive rather than descriptive; they are part of the work.

Like John Nixon, Carchesio takes an arte povera view of materials. Many of his miniature sculptures are made out of used matchboxes – a metaphor of spent energy, which is another Beuysian reference turned on its head. Beuys used sulphur (the original material of match heads) as one of the energy materials in his sculpture.

In 1991 Carchesio took up a residency in Italy. It was a return to his cultural roots but it was not necessarily the great art that caught his attention. More particularly he was astonished by the peripheral details of friezes and the mosaics and decorative floor patterns found in palaces and churches across Italy. These patterns have provided a continuing language in his work; their details are an expression of the geometric order that the ancient Greeks believed structured the universe but they are also the expression of vernacular Italian culture in a way that the framed masterpiece never can be. Carchesio makes sure his own art remains humble in the same way, hoping perhaps to touch the universal by association.

Browse other works by Eugene Carchesio 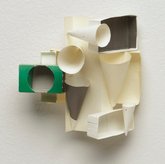