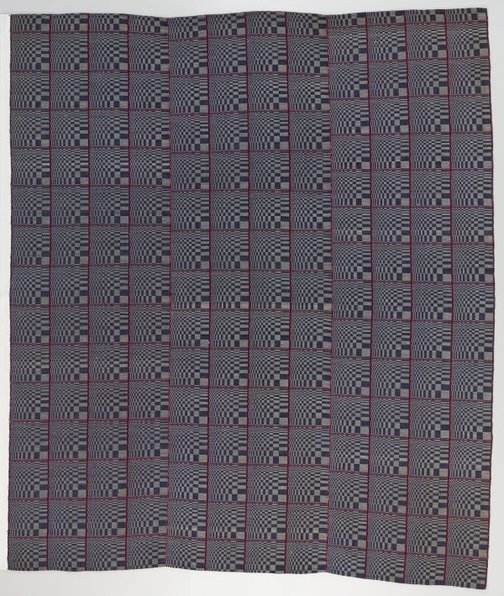 Across the Cordillera, textiles play an important role in all aspects of life, from birth to death. Textiles like this one may have been used on a daily basis as a blanket, cloak and even a baby carrier, but also served more symbolic purposes when hung to mark the birth of a child or the funeral rites of the dead.

This large blanket is made from three strips of cloth, woven on a backstrap loom and sewn together. The highly optical patterning is achieved by a continuous supplementary weft technique known as pinilian. The pattern itself is known as sangbitwin, meaning ‘star pattern’, and is imbued with cosmological significance. The blue colouring is derived from locally cultivated indigo plants and is associated with death and the worship of ancestors

Browse other works by Itneg