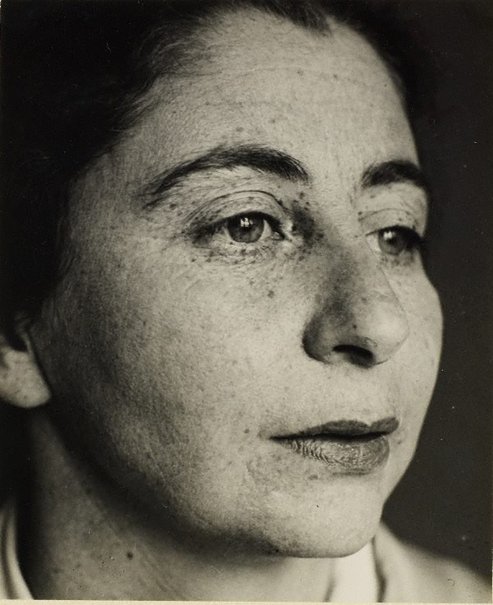 Born in Vienna in 1886, Raoul Hausmann moved to Berlin at age fourteen with his family. He first trained in painting under his father, academic painter Victor Hausmann before undertaking formal art studies and finding initial inspiration in Expressionism. Interested in literature he began contributing articles to magazines such as ‘Der Sturm’, ‘Die Aktion’, and ‘G’ from 1912 onwards. Exposure to Richard Huelsenbeck’s writings and the magazine ‘Cabaret Voltaire’ around 1917 introduced Hausmann to Dadaist thought and in 1918 he joined Huelsenbeck, Johannes Baader, George Grosz and John Heartfield in the founding of the Berlin ‘Dada Club’. During the 1920s and 30s Hausmann was also in contact with the Berlin Constructivists.

From painting Hausmann progressed to assemblage and collage. ‘Sound’ and ‘billboard poems’ were his unique invention, collages incorporating text that integrated visual and auditory cognition. His photographic concerns preceded his photographic practice, outlining new demands on photography in theoretical writings. It was not until the late 1920s that Hausmann began using a camera, although he had already begun experimenting with the photographic image - alongside Hannah Höch (his then lover) and Baader, Hausmann is credited with pioneering the photomontage technique in 1918.

The black and white portrait of his second wife artist Hedwig Mankiewitz-Hausmann, taken in 1931, is an excellent example of Hausmann’s straight photography. This approach ran concurrent to his photomontage during the 1930s with Hausmann often incorporating his straight images into montage works. The concentrated observation, tight cropping and detail of Hedwig’s portrait gives visual expression to Hausmann’s beliefs, outlined in his ‘Form dialectics of photography’, that a face is ‘the most individualised form of expression…most eloquently expressed in the eye, nose, mouth and ear’, that ‘a portrait just for the portrait’s sake in the usual sense is not a photographic-optical exercise’, that its placement in ‘the space of the photo is of decisive significance’ [‘Raoul Hausmann’, Goethe Institute 1993 p23].

The relationships between photographic image, the eye and vision as a process of the mind, remained an ongoing concern for Hausmann, stimulated by scientific research. While he had earlier explored photograms, straight photographic capture as well as infrared, during the 1960s his rigorous inquiry of the medium continued with the artist developing his ‘melanograph’ series that presented darkness as a photographic value equal to light.

During the 1930s, as a banned artist under Nazism, Hausmann, his wife (who was Jewish) and Vera Broido (with whom the couple lived in a ménage à trois) were forced to flee Germany. They lived subsequently in Ibiza from 1933-36 until the outbreak of the Spanish Civil War brought about their relocation to Paris where they stayed until the German occupation of the city forced them to move once more, this time to Limoges, France where Hausmann would remain until his death in 1971.

Purchased with funds provided by the Photography Collection Benefactors' Program 2010