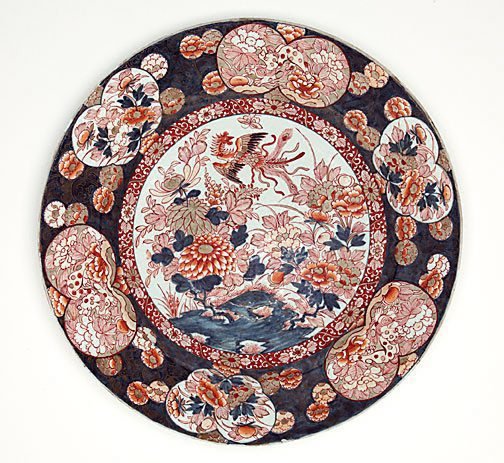 Although in Japan the term Imari ware designates both blue-and-white and enamel decorated wares, in the West the term has generally referred to porcelains densely decorated in enamels, such as this. In the centre it features a design of phoenix and flowering plants, with a flower and animal pattern around it. The large shallow shape of a charger made it well suited to pictorial decoration. Most dishes were hung on the wall rather than used.

Arita ware (porcelain made around the Arita region) is commonly referred to as 'Imari ware' both in Japan and overseas because porcelain products from the region were transported to domestic and overseas markets through the port of Imari, approximately 15km north of Arita. For the sake of consistency, all porcelain works produced during the Edo period in the Art Gallery of New South Wales collection are catalogued according to the production site, e.g. Arita ware and Hasami ware. 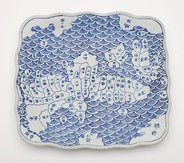 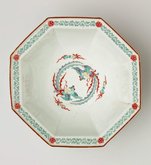 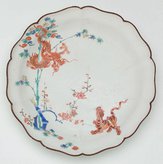 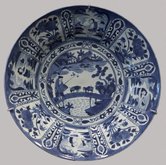 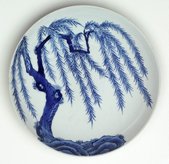