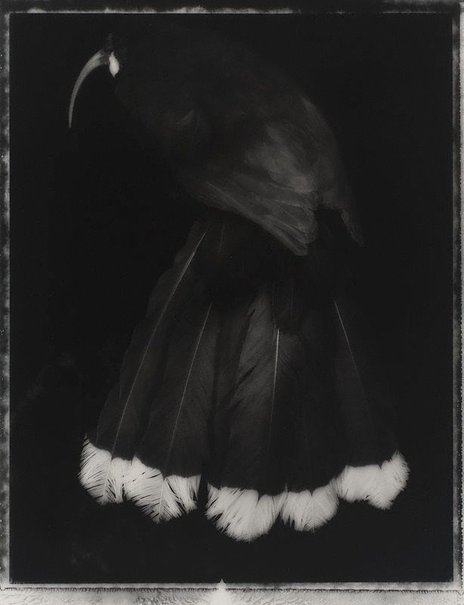 Fiona Pardington is one of New Zealand’s leading photographers. She is of Maori and Scottish descent, and has exhibited widely throughout New Zealand, Australia and Europe. Pardington has been included in numerous major exhibitions including the Auckland Triennial 2004, and the 17th Biennale of Sydney 2010. In 2006 she was one of two artists chosen by the New Zealand government to represent the best of contemporary Maori art, and her work was gifted to the Musée du quai Branly, Paris.

Pardington is best known for her formal photographic still lifes, in particular those of ‘taonga’, or Maori cultural treasures. Since 2001 Pardington has drawn from the collections of New Zealand’s museums, arranging and photographing cultural objects. Most notable was a series a works depicting ‘hei tiki’, the greenstone neck pendants which have become iconic emblems of Maori culture. Following this series, the artist began to photograph taxidermied native birds, ‘the country’s other great treasure,’ such as that depicted in ‘Solitary female huia’, from the collection of the Otago Museum, Dunedin.

The huia was a type of wattlebird found only in New Zealand. The species was hunted to extinction in the early 1900s due to the demand for mounted specimens by collectors and museums and for its feathers as fashion accessories.

In this work, the stuffed huia is resurrected and recreated as a rich and lustrous portrait. Pardington always uses sophisticated printing techniques and papers so that the photograph is aesthetically enriched. The artist feels a profound sense of loss for species such as the huia and works to convey a sense of the preciousness and rarity of her subjects. As she states, ‘I’ve personalised them, made portraits of them and just treated them like they were individuals.’1 The use of the huia also reflects her heritage. The bird was highly prized by the Maori, it was associated with dignity and wisdom and its feathers were only worn by chiefs of distinction. The loss of the bird can be seen to symbolise the wider loss of traditional Maori lands and cultural heritage.

Browse other works by Fiona Pardington