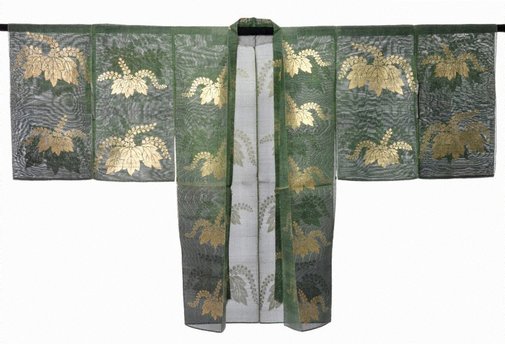 This robe was created as outerwear for a male actor playing a female character in a nō play. In traditional nō theatre, a form of stylised masked dance-drama which began as ritual performance at shrines and temples, all roles are played by male actors. The unlined diaphanous silk gauze (ro) is decorated with fine paulownia leaves woven with gold wrapped paper strips. Maiginu translates as ‘dancing silk’. Unlike the popular kabuki theatre, nō has also long been associated with Japanese aristocracy and military leaders.