Study for 'Guarding against euphoria' 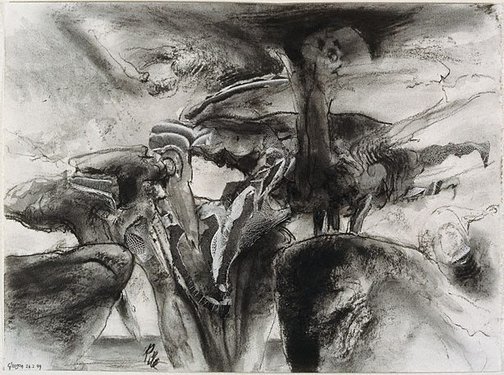 This drawing was made during the time of the US-led Gulf war with Iraq in 1990:

'I think it was some General involved in the war who said 'we must guard against euphoria', because they were winning ... that struck a chord and I wanted to say 'Guard against Euphoria', James Gleeson 27 August 2002.

War has been a subject for Gleeson from the start. As a boy he experienced the legacy of the First World War and he was an adult through the Second World War. Conflicts in various parts of the world continue to provide him with subject matter for his work.