Women who toiled, from The D'Oyley Show 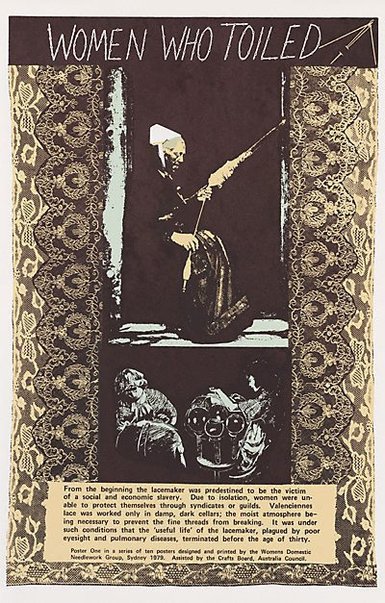 The cottage industry of bobbin lacemaking, which began in Italy in the 1500s, had a long history of exploitation, including slavery, throughout Europe from the 1600s onwards. Women who held 'lace secrets' were often abducted and forced to work in wretched conditions and seldom lived beyond 30. Some European governments set up schools, forcing young girls from five to 16 to work for meagre wages, until the French banned the practice due to its association with the aristocracy during the French Revolution.

'Women who toiled' depicts lacemakers at work, hemmed in by the result of their labour. It compels the viewer to see beyond the beauty of exquisitely-worked lace, and understand the chequered history of this most genteel of arts.

Browse other works by Frances Phoenix