The subject of Janet Burchill and Jennifer McCamley's work is the AK-47, an infamous and pervasive assault rifle invented by Soviet Union general, Mikhail Kalashnikov in 1945-48. Much more than a weapon designed for the proletariat, the AK-47 is also a powerful symbol of defiance, resistance and slaughter, due to the gun's association with communism, and its subsequent popularity with terrorists and rebel groups around the world.

Burchill and McCamley have emblazoned the weapon's trademark name on the wall in glowing green neon lights, a material typically used to attract and entice patrons into casinos or nightclubs. Located on the floor, below the luminous text, is a metal transformer box with a schematic image of the gun cut out of it its lid, resembling a toy ammunition box or war chest.

By playing the work's glitzy form off of its serious content, Burchill and McCamley bring our focus to the politically charged ideas and violent history embedded within the potent image and semantics of the AK-47, which is sometimes lost on us in the West because we've become accustomed to seeing the gun brandished by the bad guys in Hollywood action films. Indeed, 'AK47' was made in 2003, the year Australia followed the United States into the Iraq War, suggesting there was a political subtext within the work.

Browse other works by Janet Burchill 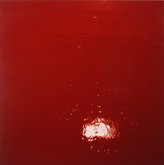 Browse other works by Jennifer McCamley