A long time between drinks 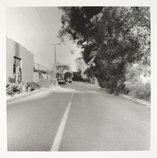 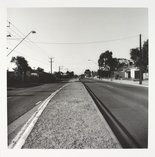 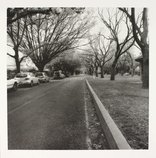 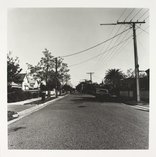 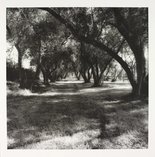 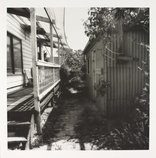 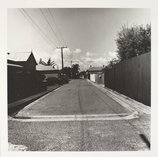 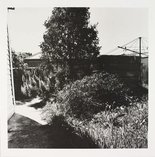 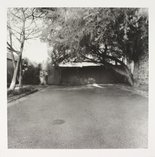 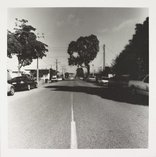 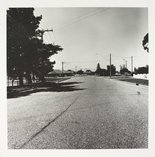 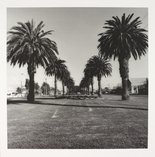 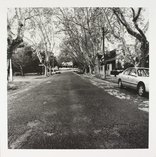 Among Simryn Gill's multi-disciplinary explorations of identity and belonging, investigations of suburban locations carry a particular resonance due to their often autobiographical nature.

‘A long time between drinks’ 2009 is an intensely focused look at suburban Adelaide which was the artist’s first experience of Australia when she arrived in 1987 from Kuala Lumpur, and the city where she first exhibited. Gill returned to Adelaide in 2005 to revisit this early point of contact, producing an evocative series of 13 images.

The photographs impart an ostensible sense of alienation and isolation that corresponds to the artist’s position as an outsider looking in. Gill’s viewpoint of these empty streets that seem to lead nowhere is forensic and detached. But surprisingly, as repetitious compositions and details culminate across the photographs, the prosaic subject matter becomes increasingly surreal, abstract and even poetic.

As Sambrani Chaitanya has stated, ‘Gill's work is an investigation of the limits of categorisation,’1 and this group of works, just as in Gill’s examination of Marrickville (where she now lives) in ‘May’ 2006, emphasises the difficulty of defining an idea of place through mere description. Memory, time and pure invention are required to fill in the gaps. The eerie, yet evocative environment in these photographic prints is further enhanced by their presentation in a square box emulating those of sets of vinyl LP recordings. 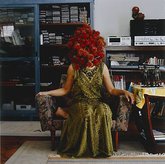 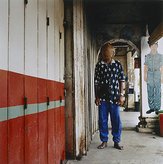 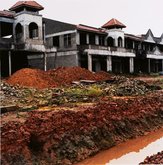 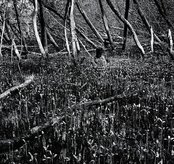 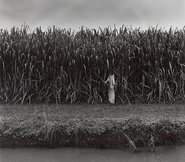