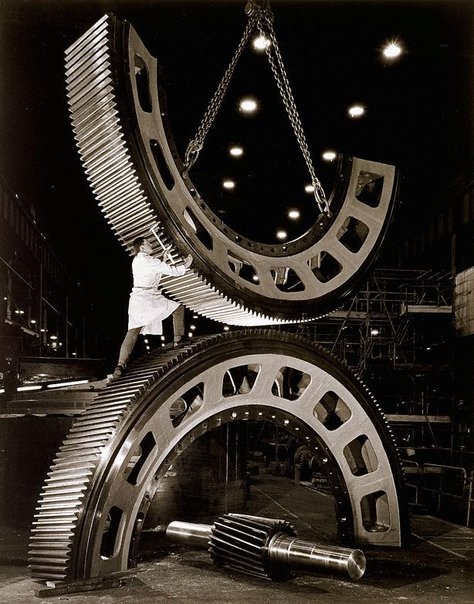 Sievers has written in regard to his work for Vickers Ruwolt that: ‘I carried out some of my best work in the sixties. Here I was in my element: the honesty and skill of the workers combined with the functional design of the machines stimulated me greatly and that attraction was never to leave me.’1 He had found the massive gears lying on the factory floor and thought it would be good to try ‘to create a symbolic photograph of Australia’s engineering manufacturing skills to show the world outside that Australia was not merely a continent of raw materials’.2 The photograph is entirely constructed and the engineer was added to give a sense of scale.

Despite his abiding interest in the role of the worker in industry, people began to disappear from Sievers’s work or to be substantially reduced in scale. To some extent this reflected the increasing automation of factories but it also harks back to Sievers’s early exposure in Europe to modernism and new objectivity. Sievers was amused that ‘Gears for mining industry at Vickers Ruwolt, Burnley, Melbourne’ could be seen to relate to early modernist cinema such as the 1927 film ‘Metropolis’ but the monumental machinery beautifully posed within the dark factory and the dynamic figure of the engineer creates an image which relates more to that era than to the formalism of the 1950s and 1960s. 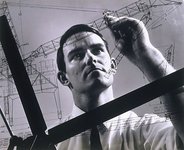