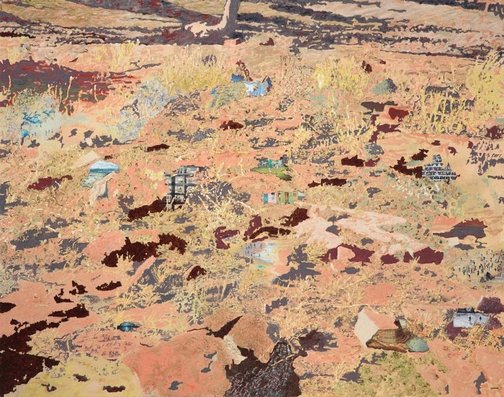 'Topographica' 2014 is a painting based upon a photograph that Vivienne Binns took of a dry creek near Alice Springs. Amongst the dried vegetation and inside the cracks and shadows of the bed are micro images. Depicted are the UN Security Council, the Tower of Babel, refugee camps, protestors and frontier wars, as well as contemporary scenes resonant with the Australian way of life, such as beach going, swimming, sports, landscape, and office workers. The image is a map not just of land mass but also of history and current affairs. In charting the local and global, the past and the present, the environmental and the social, the sacred and profane, Binns locates our place in the world and surveys a network of issues - colonisation, immigration, war and climate change - pertinent to our region in the twenty-first century.

Browse other works by Vivienne Binns 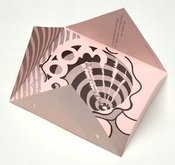