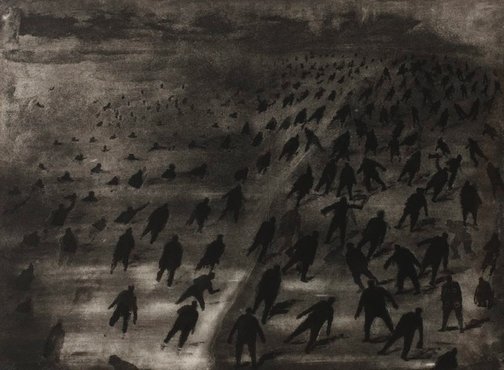 Geoffrey Ricardo was born in Melbourne and studied printmaking at the Chisholm Institute of Technology, Melbourne 1984-86 and at Monash University in 1989-90, where he was awarded a Masters of Fine Art degree in 1997. Since 1995 he has lectured in printmaking at the Victorian College of the Arts, RMIT and Monash University Art School. He has held solo exhibitions in Australia since 1990 and participated in group exhibitions and artist's residencies in Australia and overseas since 1986; he has also worked as a printer with Bill Young in Melbourne. The Gallery has seventeen prints by Ricardo, fifteen of which were from the bequest of Ian Whalland in 1997.

artist's proof for edition of 20

Browse other works by Geoffrey Ricardo 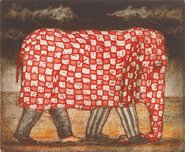