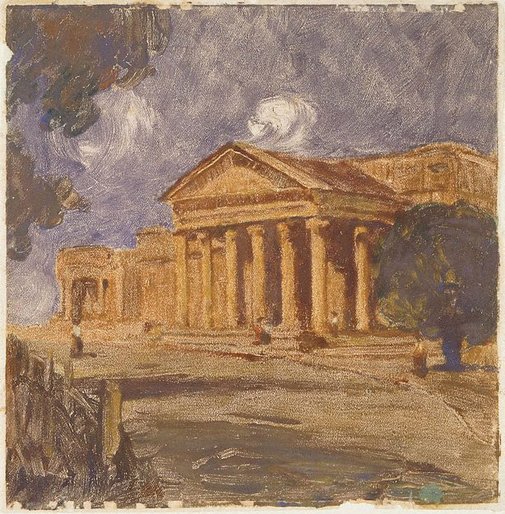 J J Hilder was born at Toowoomba, Queensland. Greatly admired by his contemporaries, both artists and collectors, for his atmospheric watercolours; his career was cut short by his premature death from tuberculosis. Principally a watercolourist, he exhibited his first works in August 1907 at the Society of Artists exhibition in Sydney. Poor health deterred him from painting in oils, but he did make a small number of monotypes using oil paint between 1911 and 1913. Harry Julius, a colleague and friend of the artist, recalled in 1918:

I showed him a simple method of making monotypes, and for a time he was absorbed in it. The process was that of painting in oils on a piece of glass, placing a sheet of damp blotting paper on the painting and then rolling a bottle over the paper to get an impression. It is a tricky method, and amused him for a while.
(Harry Julius, 'Recollections of Hilder', Sydney Ure Smith and Bertram Stevens (eds), 'The Art of J J Hilder', Sydney: Angus and Robertson, 1918, pg. 30). 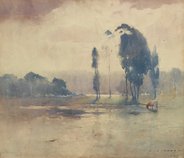 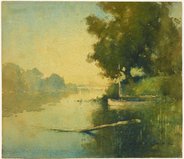