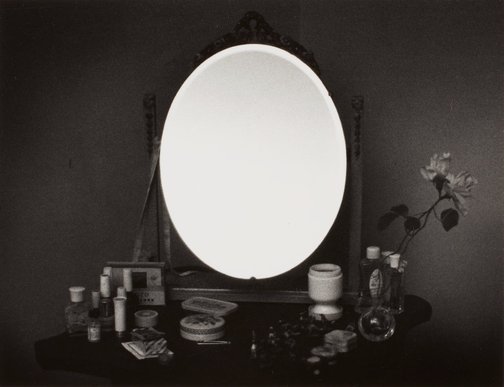 Looking at 'Mirror image' 1975 one is immediately drawn to the central luminous orb without realising that it is an ordinary dressing table mirror hovering above someone's personal trinkets. This 'destabilising' of what we register as familiar has been described as Dodd's 'alluring' quality ... the light against the dark suggesting a 'sublime presence which is mesmerising as a momentary vision'(1). In this sense the conventional is transposed, made phenomenal and breathtaking. The three photographs selected are potent examples of the photographer's ability to create a sense of inherent mystery within things around us.