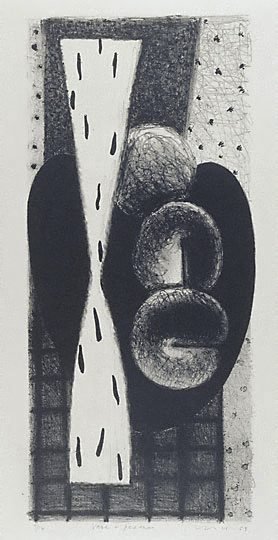 Kevin Lincoln was born in Hobart and studied part-time at Hobart Technical College under Jack Carington Smith. In 1959 he moved to Melbourne, attended classes at RMIT in 1960 and began exhibiting with the Victorian Artists Society and the Realist Group which comprised Noel Counihan and Vic O'Connor among others, 1965-68. He started making prints in the early 1960s. He has exhibited in solo exhibitions since 1975. A painter and printmaker, Lincoln has produced many etchings and lithographs.