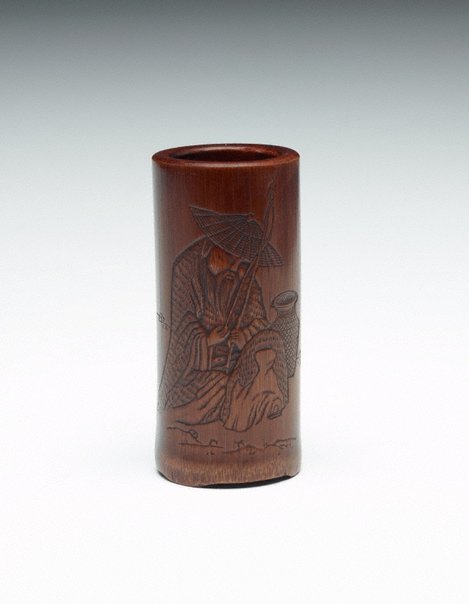 The engraved poem reads very similar to the work of Zhang Qi of the 9th century. The inscription of ‘Tian Xing Ke’ (engraved by Tian Xing) refers to Wu Songshan, who was a student of bamboo carving master Zhou Hao. Zhou was a native of Jia Ding of Jiangsu province, active in the bamboo carving field between 1736 and 1820.