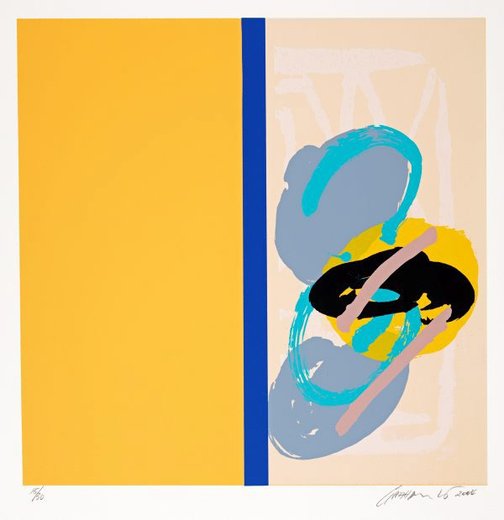 Graham Kuo was born in Canton, China in 1949 and settled in Australia as a teenager in 1963. He studied at the National Art School, Sydney, establishing himself as a leading printmaker from the early 1970s and the intervening four decades. He has been particularly influential as a teacher, lecturing at the Alexander Mackie College (later COFA, now UNSW Art and Design) between 1976-81, Sydney College of the Arts 1982-89 and again at COFA from 1990-99 and 2000-03.

While an art student in Sydney, Kuo began a lifelong friendship with fellow artist Sydney Ball, both sharing an interest in American Abstract Expressionist painting, and in colour in particular. Kuo’s work fuses influences from East and West – his engagement with the language of Abstract Expressionism is informed by his own cultural heritage, particularly Zen Buddhism and Chinese calligraphy. His work explores an interest in gesture, space and colour as form in both paintings and prints, and he often works in series, using sets and series to work out particular visual and conceptual problems. He resists the tendency to re-work forms – through the immediacy of the single mark and use of pared back, simplified form and colour his work embraces principles of both Zen and abstract expressionist gesture.

The images in this series were inspired by ancient Chinese calligraphic characters, similar to script found in Buddhist temples throughout China. While Kuo is an accomplished calligrapher and can read and write Chinese fluently, he can understand very few of these ancient characters; their meaning has become ambiguous as the language and script changed over the centuries.

Browse other works by Graham Kuo 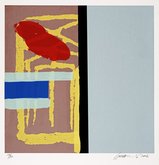 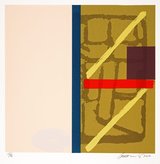 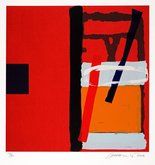 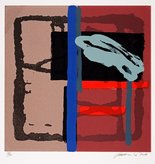 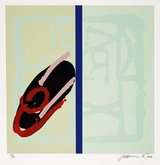 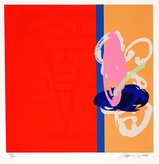 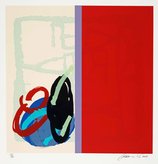