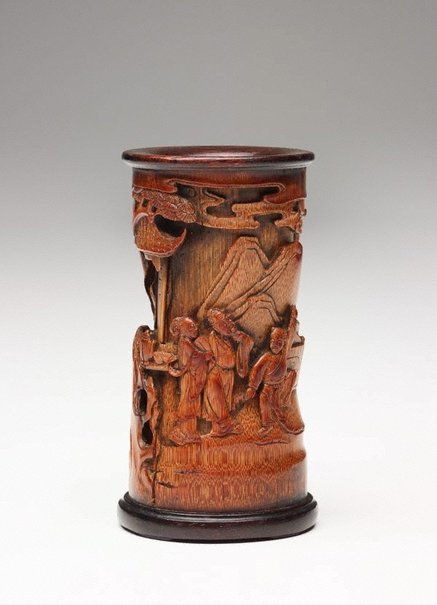 The scene depicted here reminds one of the story of ‘Xi Cai Yu Qin’ (Pleasing parents) in the Book of Twenty-four [examples] of Filial Piety. According to the story, Lao Lai Zi who lived during the Spring-Autumn and Warring States period (770-221 BCE) was a model son who always showed due respect to his parents. He would dress as a boy and behave like a child even when he was in his seventies in order to make his parents laugh.