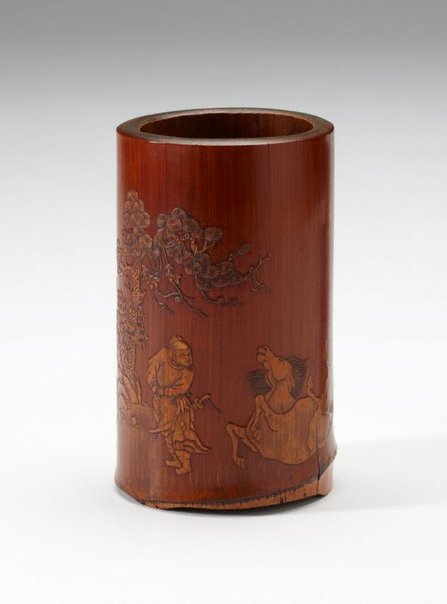 This bamboo brush pot is decorated with a man with sword, a rolling horse and beard man in a boat and a poem, and simple landscape, both carved in low relief. The inscriptions of 'Gun Ma Tu' (Painting of rolling horse) indicate that the carver imitates a painting by Master Zhao Mengfu (1254-1322), a famous painter of horses. Although it bears the 'San Song' inscription, suggesting the carver’s name, it shouldn’t be confused with the work of a well-known bamboo carving artist Zhe Zhizheng (alias San Song) of the Ming dynasty. That distinction is so even though the carving technique on this object is also very skilful and fine.