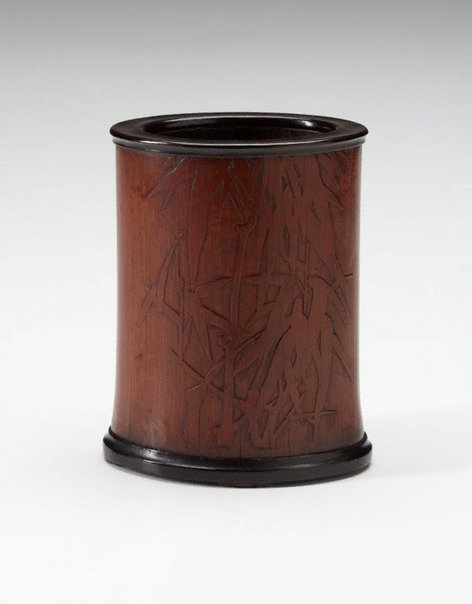 One side of the object is carved with a bamboo motif, which is one of the symbols of a ‘gentleman’. On the other side is part of 'Jin Si Lu', a philosophical book for teaching Li Xue (Study of Li), written by Zhu Xi and Lu Zuqian of Southern Song dynasty (1127-1279).

The characters read: 'If one doesn’t learn, one would become old and waning. If one learns but does not improve, it is because one is timid.' It probably served as a motto on a scholar’s desk.