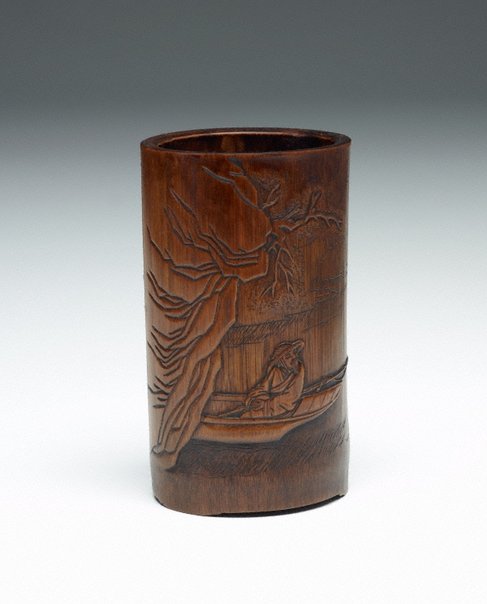 Both the scene and the poem suggest the theme of the story of 'Evening Cruise under the Red Cliff' (even though with modifications of some words from the original poem by Huang Shen (1687-1772)). According to the tale a famous Song dynasty (1127-1279) poet, Su Shi ,visited Chi Bi (Red Cliff), a battlefield during the Three Kingdoms period (220-265), and wrote two important classic poems in Chinese literature that for generations up to current day are still taught at schools nation wide.

This poem reads: “ An old fisherman sits on the Cang Jiang river, the scenery reminded him of the Three Wu [names of places in lower Yangtze river region].”