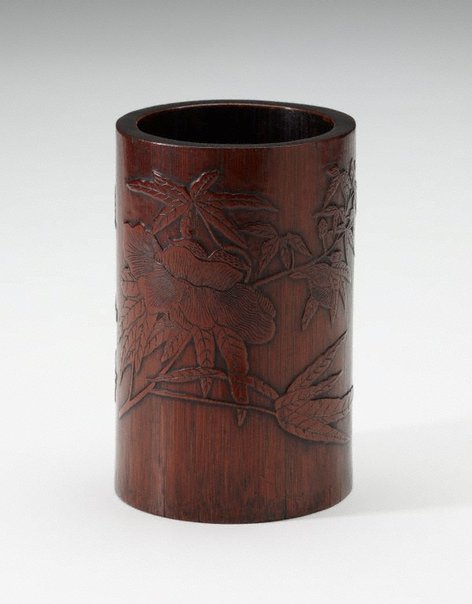 The design of this piece is in the style of Deng Fujia, from the early Qing dynasty (1644-1911). Deng was famous for carving branches of plants on bamboo brush pots.