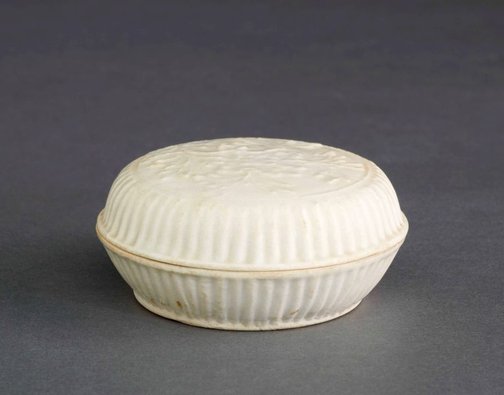 Such white-glazed boxes with striations were produced in both Vietnam and more commonly in China’s Dehua kilns for the export market. Chinese examples were made as early as the 13th century, but a number of 17th century examples were found in Indonesia (where these pieces were collected).

porcelain with carved decoration and a white glaze

Browse other works by Dehua ware 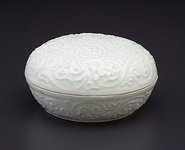